How Not to Defend a Debt Collection Lawsuit

This article is a list of defenses that do not work. If you would rather find out what you should do, click over to “Served By a Debt Collector? What To Do Next.”

Most debt collection lawsuits are handled by overworked and unsympathetic debt collection attorneys. With that in mind, focus on your best defenses to the lawsuit. Here are some of the weaker defenses, which you should avoid.

There Is No Signed Contract

Creditors are not always required to produce a signed contract to prevail in court.

There are other legal claims—such as account stated—that may allow a creditor to win without a producing a contract. An account becomes “stated” if the creditor sent you invoices (credit card statements) and you made payments after receiving them. In other words, if the creditor can produce proof you made a payment, it can establish an account stated.

Basically, by making a payment, you acknowledge the existence and amount of the debt.

Last, don’t forget that a judge is ultimately going decide whether a signed contract is important. They might decide it isn’t.

I Tried to Pay but You Wouldn’t Work with Me

The court’s job is to decide whether you are legally obligated to pay a debt to a creditor. The court does not care whether you tried to work out a payment plan. It is beside the point. (If anything, your willingness to pay is pretty good evidence that you do owe the debt.)

Of course, a judge may be sympathetic to your financial situation. A judge could even suggest that a creditor should agree to a reasonable payment plan. But judges don’t have the power to force a creditor to accept a payment plan. It is frustrating when a debt collector won’t work with you, but they don’t have to.

Along the same lines, it doesn’t matter if you are “judgment proof.” The creditor may never be able to collect anything from you, but it can still win its lawsuit.

Bottom line: attempting to work out a payment plan, or being unable to make payments, is not a defense.

If you are being sued by a debt buyer or debt collector, it may just be collecting on the original account. It may not even have bothered to give the account a different account number.

It is important to understand the difference between not having an account with the plaintiff and not not having an account at all. In order to win, the creditor will have to show a chain of title—how it came to own the right to sue you on the original account. If the creditor cannot prove it has the right to sue you, that is a big problem and good defense. But simply asserting “I never had an account with this company” probably will not get you very far.

My Divorce Decree Says I Don’t Have to Pay 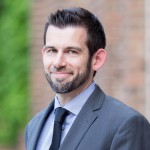 Randall Ryder represents consumers who have been harassed by debt collectors and defends consumers in debt collection lawsuits. Many of these cases involve student loan debt, as well.