Payday America Pays for Influence at the Minnesota Legislature

From the Star Tribune:

Brad Rixmann, chief executive of Burnsville-based Payday America, is a giant on the payday lending scene, operating the largest such business in the state. He also is a major player in Minnesota politics, having doled out nearly $550,000 in state campaign donations over the last decade.

As Rixmann’s contributions have grown, so has his business, aided by state law that allows him to charge triple-digit interest rates on loans that can go up to $1,000. His customers pay an average of 277 percent interest, sometimes borrowing repeatedly against their next paycheck.

15 states have banned payday lending, which more often traps borrowers in a cycle of debt than helps them deal with emergencies as intended. 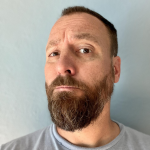